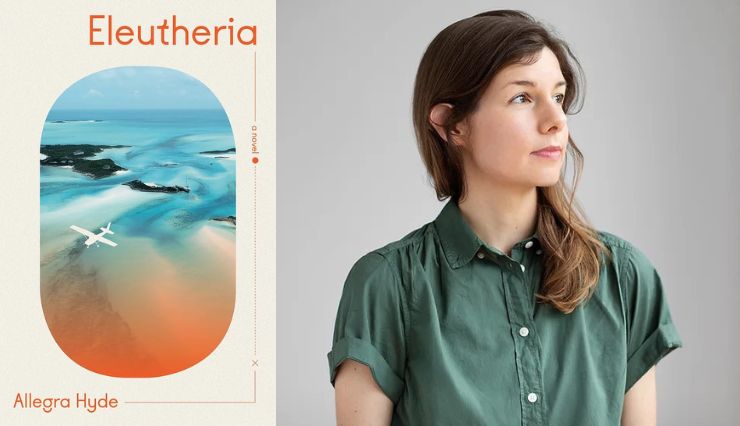 Writer-In-Residence at the Hemingway House, Allegra Hyde, will discuss her 2022 novel Eleutheria, a story of idealism, activism, and systemic corruption, centered on a naïve young woman's quest for agency in a world ravaged by climate change. The novel was recently named one of the best books of the year by The New Yorker.

Willa Marks has spent her whole life choosing hope. She chooses hope over her parents' paranoid conspiracy theories, over her dead-end job, over rising ocean levels. And when she meets Sylvia Gill, renowned Harvard professor, she feels she's found the justification of that hope. Sylvia is the woman-in-black: the only person smart and sharp enough to compel the world to action. But when Sylvia betrays her, Willa fears she has lost hope forever.

And then she finds a book in Sylvia's library: a guide to fighting climate change called Living the Solution. Inspired by its message and with nothing to lose, Willa flies to the island of Eleutheria in the Bahamas to join the author and his group of ecowarriors at Camp Hope. Upon arrival, things are not what she expected. The group's leader, Roy Adams, is missing, and the compound's public launch is delayed. With time running out, Willa will stop at nothing to realize Camp Hope's mission--but at what cost?

The program will be livestreamed and available to view later. Link forthcoming.

​A recipient of three Pushcart Prizes, Hyde's writing has also been anthologized in Best American Travel Writing, Best Women’s Travel Writing, Best of the Net, and Best Small Fictions. Her stories and essays have appeared in Tin House, American Short Fiction, Kenyon Review, New England Review, The Threepenny Review, and many other venues. She has received fellowships and grants from the Bread Loaf Writers' Conference, the Sewanee Writers' Conference, the U.S. Fulbright Commission, and elsewhere. She currently teaches at Oberlin College.