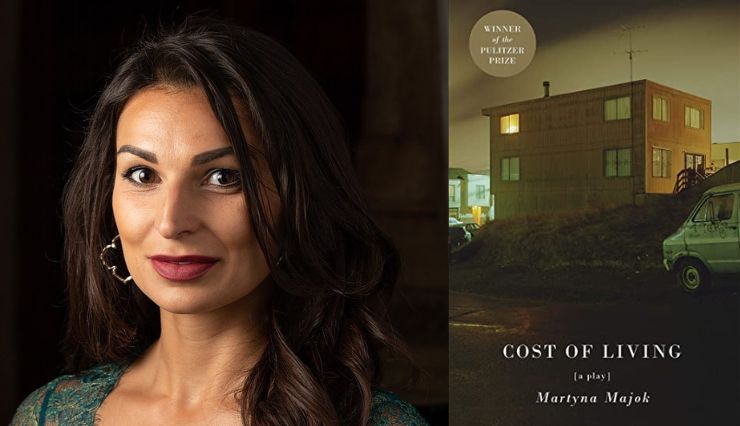 On Tuesday, October 25, the Library welcomes Martyna Majok, the 2022 Sun Valley Playwrights' Resident, for a conversation on her work. Majok will read the opening monologue from her Pulitzer Prize-winning play, Cost of Living, which deftly challenges the typical perceptions of those living with disabilities and delves deep into the ways class, race, nationality, and wealth can create gulfs between people, even as they long for the ability to connect. The story follows Eddie, an unemployed truck driver, and his estranged ex-wife, Ani, who find themselves unexpectedly reunited after a terrible accident leaves her quadriplegic. John, a brilliant PhD student with cerebral palsy, hires Jess, a first-generation recent graduate who has fallen on desperate times, as his new aide.

Majok will be in conversation with Martha Williams, the Library's director of programs and education, to discuss her writing process before taking questions from the audience. The program will be livestreamed, and a recording will not be available.

Martyna Majok was born in Bytom, Poland and raised in New Jersey and Chicago. She was awarded the 2018 Pulitzer Prize for Drama for her play, Cost of Living, which debuts this fall on Broadway. Other plays include Sanctuary City, Queens, and Ironbound, which have been produced across American and international stages.

Sun Valley Playwright’s Residency (SVPR) is a non-profit artist retreat, commissioning program, and new play development lab based in Idaho. The mission of SVPR is to galvanize positive change within Wood River Valley’s community and beyond by giving visionary theatre artists of all backgrounds substantive time and space to focus on creating new work for the stage that produces conversations and learning opportunities locally, regionally, and nationally. Annually, SVPR provides one playwright a $10,000 commission, 13 months of individually-tailored development resources, and two months of retreat time in Ketchum, in partnership with The Community Library and The Argyros.