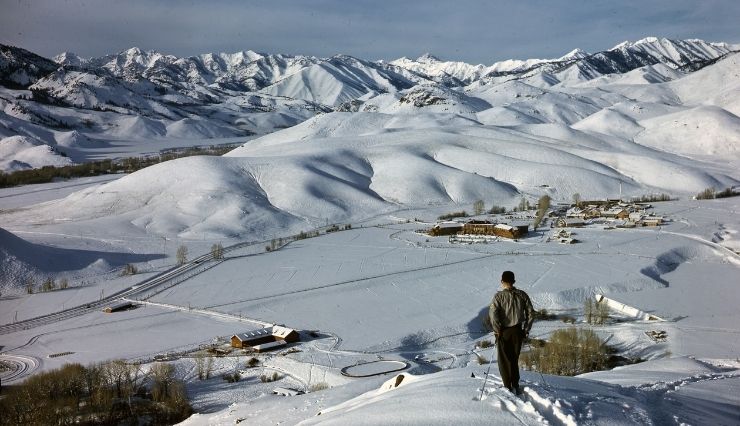 The general story of Sun Valley is well known. Built by Union Pacific in the middle of the Great Depression at a cost of $1.5 million, it opened in Dec. 1936, as an oasis of luxury in the wilderness of Idaho, that attracted “the carriage trade,” Wall Street barons, the Chicago social set, Hollywood stars and producers and serious skiers from all over the world. The resort had an ultra-modern lodge offering New York City amenities, chairlifts invented by UP engineers to take skiers to the top of the mountains quickly and in comfort, and a Ski School with Austrian instructors that made skiing sexy. Called “America’s St. Moritz,” Sun Valley brought European ambiance to this country, received extensive publicity, became a cultural icon, introduced modern skiing, and influenced all ski resorts that developed later.

Yet Sun Valley’s history is more complex and interesting than is generally known. In this presentation, author and lecturer John Lundin will discuss the resort's backstory that focuses on its time under Union Pacific, and the roles of two individuals who played key roles in making Sun Valley the force it was in our skiing history: Averell Harriman, Chairman of the Board of Union Pacific Railroad, and Alf Engen, the dominant ski jumper of his generation who played an important role at Sun Valley in its early years.

Chapter One Bookstore will be on site selling John's books, and a signing will follow his presentation.

John Lundin is the author of four award-winning books: Early Skiing on Snoqualmie Pass (2017); Sun Valley, Ketchum and the Wood River Valley (2020); Skiing Sun Valley: a History from Union Pacific to the Holdings (2020); and Ski Jumping in Washington State: a Nordic Tradition (2021). His work has also been published in various magazines and journals, and he has helped organize exhibits, including the current exhibit at the Library's Regional History Museum, Skiers in Flight: Sun Valley’s Ski Jumping Roots.