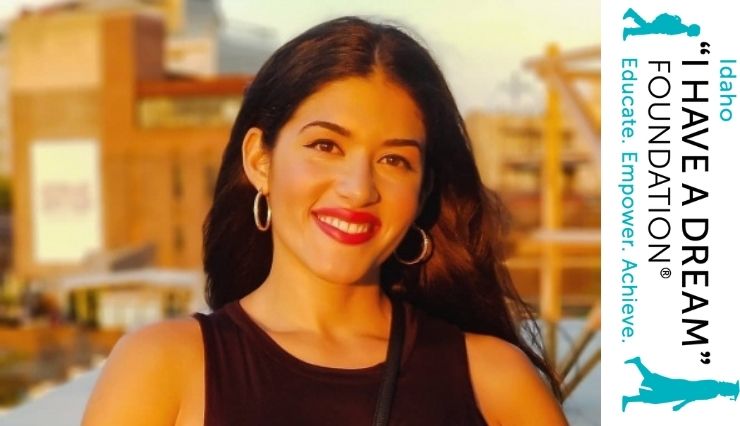 "I Have a Dream" Foundation Alumna Stephanie Andujar In-Person

The Community Library, in collaboration with the "I Have a Dream" Foundation - Idaho (IHDF), welcomes New York Dream Scholar alumna Stephanie Andujar, who will be IHDF's special guest at a spring event celebrating graduating seniors and new young Dream Scholars in the Wood River Valley. She will share with us how her experience with the "I Have a Dream" Foundation impacted her life and about her love for libraries.

Born and raised in New York City, Stephanie Andujar, nicknamed StephA, is an actress, director, producer, writer, singer, dancer, and songwriter. Known as a comedic and dramatic actress, her versatility goes far. She has starred in films such as Academy Award-winning Precious, A Walk Among the Tombstones, and Marjorie Prime. Her television career includes CBS's Blue Bloods, NBC's Law & Order: SVU, nurse drama Mercy, and Blindspot. She received praise for her performance in Netflix's Orange is the New Black Season 2 as young Miss Rosa. Stephanie also starred in theatre performances from The Wiz, to The Crucible and The Good Woman of Setzuan.

While embarking on her acting career, Stephanie also obtained her Business Degree at Pace University in New York City. She formed Andujar Productions with her family and has since produced and starred in a comedy series, "StephA: One Woman Show," along with musical performances, "Me Encanta," "Thinkin' Bout You," and "Be the One for Me." Stephanie's authenticity shines with each performance given.